Norfolk PCC Giles Orpen-Smellie has been reflecting on his first six months in the role. 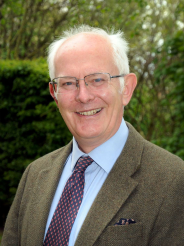 "I was elected to be the Police & Crime Commissioner for Norfolk six months ago. I quickly realised that, while the police are actually doing an excellent job, the public are losing faith in policing.

"There is what I’ve started to think of as an ‘expectation gap’ between peoples wish to see more visible policing and the police’s obligation to tackle crime, much of which happens outside of public view. We know that visible policing provides reassurance to communities, even though most crime will be detected and investigated away from public spaces. That means there’s a need to ‘bridge’ this gap so that people do see more visible policing and feel reassured, while the police continue to tackle crime. Work on increasing police visibility is in hand and officers are keen to deliver this.

"The expectation gap also contributes to a ‘trust gap’. The trust gap developed from a separation of public and police as an unintended consequence of austerity. The gap has been widened significantly following the terrible murder of Sarah Everard by a serving Metropolitan Police officer, and a by small number of other officers who through their misconduct betray both public trust in policing and the vast majority of their police colleagues. A key part of my Police & Crime Plan will address both the trust gap and bridge the expectation gap.

"My first task as the PCC is to write a Police & Crime plan. This plan gives the strategic priorities under which Norfolk Constabulary delivers policing within the county. The plan is a contract between the PCC, representing the public, and the Chief Constable, representing the police. The priorities within the plan have been developed by me to reflect concerns raised with me by people across Norfolk both during my election campaign and since my election. Importantly, the priorities I am setting will have been agreed by the Chief Constable, whose officers and staff must deliver them as policing effects on the ground. This plan will also provide the benchmarks against which I will hold the Chief Constable to account for the performance of Norfolk Constabulary. Norfolk residents  are already helping me in that task with their questions for the PCC’s Accountability Meetings, which always provide useful feedback about the public’s concerns.

"One of the reasons for electing, rather than appointing, a PCC is that they set the police precept of council tax - the American cry of “no taxation without representation” applies here. I have an obligation in law to ensure that there is an effective and efficient police service, but everything comes at a cost.

"At the moment, 55% of the police budget comes from the government while the remaining 45% comes from Norfolk through the police precept. The Chancellor presented his budget and the outcome of the Comprehensive Spending Review on 27 October.

"The Home Office is expected to announce the government’s grant for police forces just before Christmas. I will then need to consider the police precept for the Financial Year 2022-23, and I will be conducting a public consultation exercise in January to ensure that I understand people’s views.

"There’s much more that could be said, but suffice it to say that the police are doing an excellent job in keeping us safe. Even so, I accept that policing in Norfolk is not perfect and that there’s work to be done, particularly to repair the damage to public trust and to increase police visibility.

I look forward to working with people across Norfolk, listening to their views and acting on their behalf as I take this work forward."