Prevent is part of the UK’s counter-terrorism strategy referred to as The Contest framework, which consists of the four ‘P’ work strands:

What do we do?

In Prevent, we safeguard and support members of our community to stop them becoming radicalised or supporting violent extremism. We have three objectives which we work towards:

In Norfolk, authorities and communities work together to deliver the Government’s Prevent strategy through the Office of the Police and Crime Commissioner for Norfolk. The strategy is set up to challenge all forms of terrorism, including the influence of far-right extremists.

Prevent is about safeguarding children, young people and vulnerable adults from people who may target, groom, and radicalise them into extremist ideologies and ultimately manipulate them into committing terrorist acts.

We do this by providing supportive intervention through a process called Channel before any crime is committed.

It is our duty under the Counter-Terrorism and Security Act 2015 to understand how to recognise when a child or vulnerable adult is being groomed by extremists and how supportive intervention from Channel can divert them and promote their wellbeing. Radicalisation is comparable to other forms of harm and abuse and is treated as a safeguarding issue.

Radicalisation is a process in which a person starts to believe in and support extremist narratives and ideas, until the individual becomes committed to an extremist ideology or group.

People usually become radicalised by someone who exploits and takes advantage of vulnerabilities that make them susceptible to extremist narratives. Vulnerability to radicalisation is when a person, who as a result of their experiences and/ or situation, may be drawn or exploited into supporting terrorism or extremist ideologies associated with terrorist groups. It is possible for people to ‘self-radicalise’ by viewing extremist materials online and in social media.

There are many different types of individuals who are targeted by radicalisers, and anyone can be vulnerable to their messages. That’s why it’s important to build resiliency and awareness in all our communities.

It’s important to know what some of the warning signs are associated with some people who may be drawn along the route to radicalisation. The Let's Talk About It website provides useful guidance on Spotting the Signs.

Vulnerable to being drawn into terrorism

While not exhaustive, this could include cases where individuals:

Other complex needs can play a part in amplifying grievance narratives.

A young person is receiving treatment for depression, which has included suicidal thoughts.

Child and adolescent mental health services support has identified concerns regarding an increasing fixation with committing mass casualties at their school, which seems to have increased since receiving a school suspension for violent behaviour.

The young person recently disclosed engaging in chat rooms where they have been receiving encouragement to carry out these acts.

Channel forms a key part of the Prevent duty and Norfolk County Community Safety Partnership under its duty contained in Sec 26 of the Counter-Terrorism & Security Act is required to exercise functions to have ‘due regard to the need to prevent people from being drawn into terrorism’.

The process adopts a multi-agency approach to identify and provide support to individuals who are at risk of being drawn into terrorism. There is no fixed profile of a terrorist, so there is no defined threshold to determine whether an individual is at risk of being drawn into terrorism. However, signs that extremist views are being adopted can be used to assess whether the offer of early support should be made. Unlike mainstream safeguarding for adults and children, there is no threshold to make a Prevent referral for an individual to access assessment and specialist support. There may be cases that require a safeguarding response in conjunction with Prevent.

Channel is a confidential and voluntary process in which multi-agency safeguarding professionals can meet to discuss the most appropriate options in supporting individuals on a case-by-case basis. This includes mental health support, drug and alcohol support, accommodation support and education and vocational support. Additionally, Channel can provide ideological support for members of the community struggling with interpretations of their faith through approved interpretation experts.

This panel reports to the Norfolk Safeguarding Children’s Partnership Group which provides a governance process for matters relating to Channel. Wider strategic matters are reported to the Norfolk Resilience Prevent Steering Group. 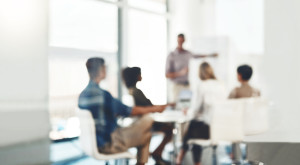