Your Police and Crime Commissioner (PCC)

The PCC is elected by the people of Norfolk to set the countywide strategy for reducing crime and disorder and improving community safety.

They are the voice of the people in policing, holding Norfolk’s Chief Constable to account for delivering an efficient and effective police service.

The PCC is also responsible for championing the needs of victims of crime and the vulnerable, providing local services to ensure that help and support are available to them. 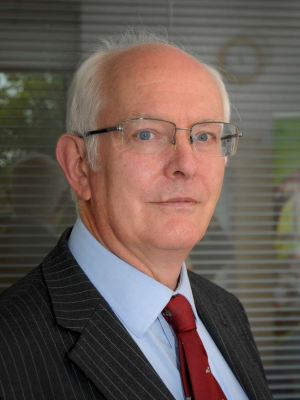 Norfolk elected Giles Orpen-Smellie as its PCC on 6 May 2021. In that election, Giles received 119,994 votes (including second preference votes). He stood as the Conservative candidate, alongside candidates from Labour, the Liberal Democrats, the Green Party and an independent.

The election was due to take place in May 2020 but was postponed due to the Coronavirus pandemic. As a result, Giles will hold the post of PCC for three years rather than the usual four-year term.

Giles’ term as PCC began on Thursday 13 May 2021 when he was officially sworn in, taking the Declaration of Acceptance which includes an oath of impartiality committing him to serving the interests of all people in Norfolk.

As well as being accountable to the electorate, the work and decisions of PCCs are monitored and scrutinised by a Police and Crime Panel, made up of councillors and independent members.

Giles has a military background. The son of a soldier, he followed his father into the Parachute Regiment and served for 34 years.

Since leaving the Army, Giles has worked in the charity sector, identifying ways charities can be more sustainable in the future.

He was also a member of the Ministry of Justice’s War Pensions and Armed Forces Compensation Tribunal.

Giles and his family live near Fakenham. He is a keen gardener, keeps sheep, chickens and bees, and has an interest in travel, history and writing.