The Stephen Lawrence Inquiry Report (1999) criticised the Metropolitan Police for its loss of contact with communities, particularly black communities, and recommended the involvement of local people in policing.
One response to the report was the establishment of the first IAG by the Met.

IAGs have since been created elsewhere across the country including in Norfolk.
IAGs been been acknowledged as good practice by Her Majesty’s Inspectorate of Constabulary and Fire and Rescue Services (HMICFRS) for improving transparency and accountability.

In Norfolk, the Independent Advisory Group is a group of residents from different community backgrounds who are prepared to share their views and advice with the aim of improving the quality of policing services.

The group has a key role in helping to increase the public’s trust and confidence in the police, particularly amongst minority communities. They help with monitoring the quality of service the Constabulary provides to the diverse communities of Norfolk with particular emphasis on hate crime, critical/major incidents, policies and procedures, and Stop and Search.

Voluntary members of the IAG meet bi-monthly in the evening. These meetings are usually held at Police HQ in Wymondham and are supported by staff from the Office of the Police and Crime Commissioner.

These meetings are currently held virtually to allow social distancing.

Due to the confidential nature of some of the business discussed, these meetings are not open to the public with the exception of the Annual General Meeting held in December each year. 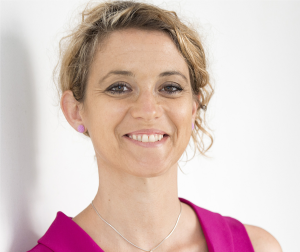 Samantha England is the Chair of Norfolk's IAG and below shares her thoughts on the value that IAG brings.

I am very pleased to represent and Chair Norfolk IAG, the group works closely with the police service to ensure their policy, policing and general practices meet the aims of their Equality, Diversity and Human Rights strategy. IAG also works to provide a safeguard against disadvantaging any section of our diverse communities through the lack of understanding, ignorance and mistaken belief by the service, as set out by the Stephen Lawrence enquiry recommendations.

We have a great team of people on IAG made up of residents from different backgrounds who work alongside Norfolk Constabulary to bring community-based perspectives and views to policing. IAG continues to be an integral part of improving the quality of policing for the communities of Norfolk