“There is no defying gravity” was the message from Norfolk’s Police and Crime Commissioner as he accompanied officers on the frontline targeting criminals involved in drug-related crime.

Six people were arrested during raids at three addresses in William White Place and commenting on the activity the PCC said: “Operation Gravity continues to have my full backing in cracking down hard on those involved in supplying and dealing drugs and I was very impressed to witness first-hand the professionalism and dedication of officers from Norfolk Constabulary in ridding the county of this scourge.

“I was also impressed with the commitment shown in combating those who seek to prey on our vulnerable brothers and sisters who find themselves caught up somehow in criminality linked to drugs and are suffering the consequences.

“Operation Gravity is a battle not a war and my message to the community is that the Constabulary has pledged to sustain this effort. My message to those who seek to pollute our communities in this way is 'there is no defying gravity'." 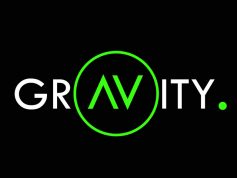 Operation Gravity launched in December 2016 as a direct response to an increase in the number of violent offences linked to illegal drugs activity in the county.

Since then officers across the force have been targeting the most serious offenders involved in the dealing and the transportation of Class A drugs around the county and a total of 136 people have been arrested.

Approximately £35,000 worth of Class A drugs and £40,000 in cash has been seized since Operation Gravity began. Some 21 knives have also been seized.

During yesterday’s raids a quantity of Class A drugs was seized at one address and three people were arrested on suspicion of possession with intent to supply a Class A drug. Three other people, two men and one woman, were arrested as wanted for other offences.

A BB gun and a machete were also seized at one of the properties.

“I hope this latest action and these arrests will further reassure the local community that we will listen and we will take action where necessary.

“Norfolk Constabulary remains committed to disrupting drug activity in Norwich, and across the rest of the county, and anyone found dealing will be dealt with robustly.”

Anyone with information about illegal drugs activity should contact Norfolk Constabulary on 101; however, if you have information but want to stay anonymous you can also contact independent charity Crimestoppers on 0800 555111.

Anyone needing help and support are encouraged to contact the Norfolk Recovery Partnership (NRP) on 0300 7900 227. The NRP provides confidential advice and treatment for adults with drug and alcohol problems, and is run by Norfolk and Suffolk NHS Foundation, The Matthew Project and The Rehabilitation for Addicted Prisoners Trust