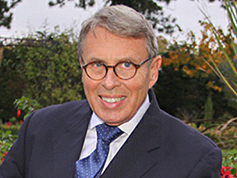 Norfolk elected Lorne Green as its Police and Crime Commissioner (PCC) on 5 May 2016.

The first PCC elections took place in 2012, following the Government’s decision to dissolve police authorities and replace them with a Police and Crime Commissioner for each of the 41 constabularies in England and Wales. Each PCC term lasts four years.

In the PCC election held on 5 May 2016, Lorne received 60,061 votes (including second preference votes). He stood as the Conservative candidate, alongside candidates from Labour, the Liberal Democrats, UKIP, the Green Party and an independent.

Lorne served for thirty years as a diplomat in some of the most troubled parts of the world including in war zones in Europe and South Asia. He was in charge of the Canadian Embassy in the former Yugoslavia during a period of conflict in the 1990s and previously served in Pakistan during a war with India.

When he retired from the diplomatic service he became Secretary General of the World Nuclear Transport Institute in London for a further eleven years.

Although Canadian by background, Lorne is a British citizen and whilst often serving overseas, he has maintained a home in West Norfolk for more than thirty years. He and his wife, Valerie, were married in Snettisham near Hunstanton over forty years ago and two of their three children were born in the county.