Following assessments with representatives from across Norfolk in November, Mr Orpen-Smellie announced Temporary Chief Constable Paul Sanford as his preferred candidate to take on the permanent role.

After reviewing full reports detailing the recruitment process, members of the panel questioned both the PCC and Mr Sanford at a confirmation hearing at Norfolk County Hall on Thursday December 2, before confirming Mr Sanford to the role. 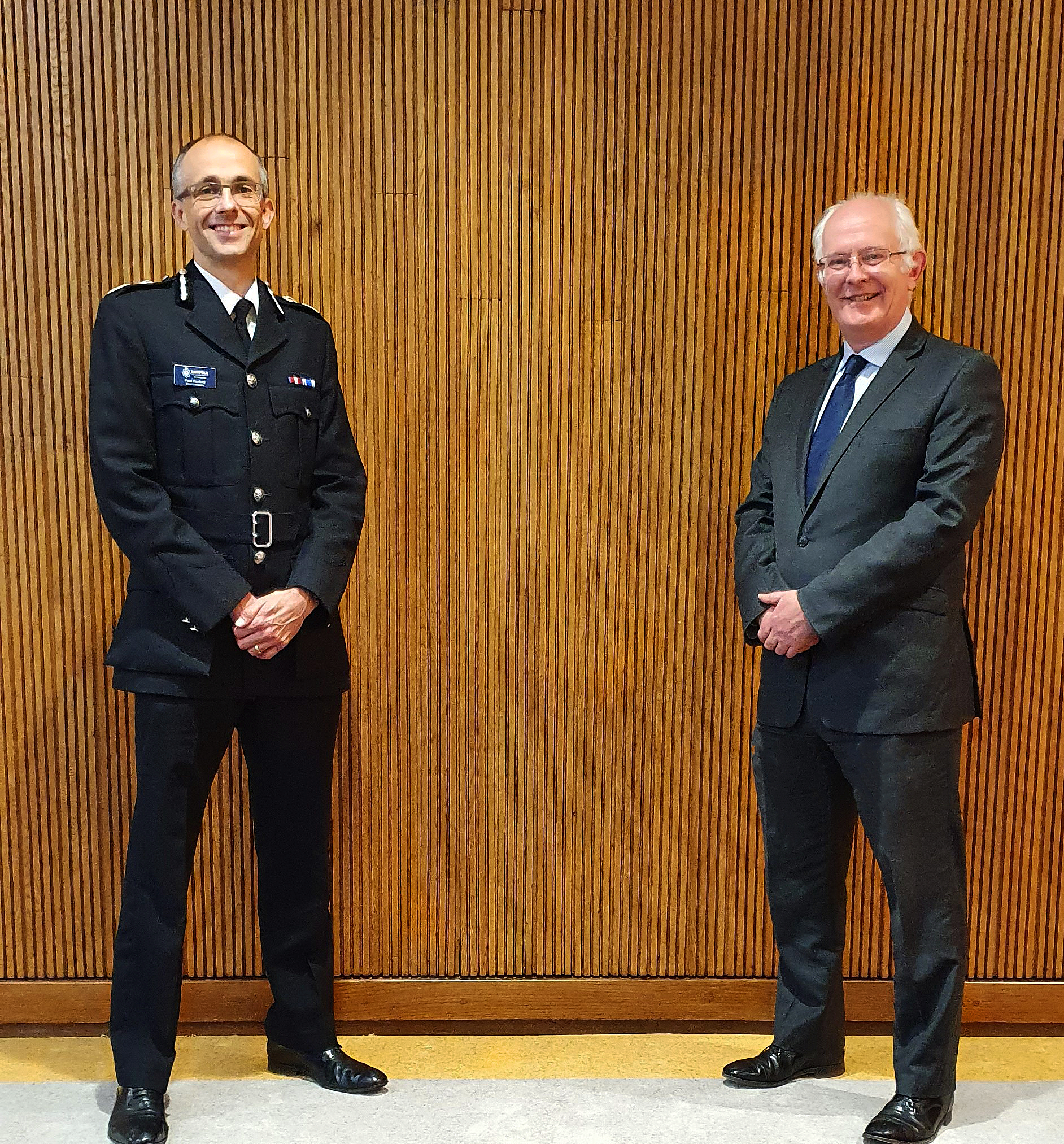 The appointment of Chief Constables is a responsibility for PCCs under the Police Reform and Social Responsibility Act. The recruitment followed the process set by the College of Policing and was overseen by an independent panel member to ensure that the appointment satisfied national standards.

In opening remarks to the hearing, the PCC told panel members:
“Myself and my team were at great pains to ensure the process was a fair, open, transparent and demanding one.
“Thanks to that process I have no hesitation in recommending Mr Sanford as my preferred candidate. If I had any doubt, I would not be here today.”

In a speech to the panel ahead of questions, Paul Sanford said: “It is my belief there has never been a time of greater importance to choose the right Chief Constable of Norfolk.
“Now more than ever we need a trusted, competent and inspirational leader.
“My vision in one simple sentence is ‘exceptional policing for Norfolk.’”

Mr Sanford told the panel he believed that putting an emphasis on crime prevention, building and maintaining trust with people across the county and prioritising prompt and professional responses from the first point of service were essential for delivering the exceptional service he expected.

“This is a new dawn for the Constabulary,” Mr Sanford said.
“It is my wish to instil a new culture and approach. The future will be different.
“This is a new dawn and I am very confident I’m the right man to lead us through these challenging times.”

Members of the panel questioned Mr Sanford on issues ranging from his policing career, diversity in the Norfolk force, the use of technology by frontline officers, how he will protect the mental health and wellbeing of officers and staff and visible policing in rural areas to how well he and senior officers will work with the Police and Crime Commissioner.

Following an adjournment for panel members to reach a decision in private, Chair of the panel Councillor William Richmond confirmed the decision to appoint Mr Sanford.

Mr Richmond has formally written to the Police and Crime Commissioner to confirm the panel's decision and Mr Sanford will take up the post with immediate effect.