Police and Crime Commissioner for Norfolk Giles Orpen-Smellie has today announced his preferred candidate for the next Chief Constable of Norfolk Constabulary.

Giles has notified the county’s Police and Crime Panel of his recommendation that the current Temporary Chief Constable Paul Sanford takes on the permanent role.

The recommendation follows an assessment day with representatives from organisations across Norfolk on Monday November 15, and the Police and Crime Panel will now review the recruitment process on December 2 before deciding whether to take forward the PCC’s proposal.

Paul Sanford has been the Temporary Chief Constable of Norfolk Constabulary since Simon Bailey retired from the force at the end of June.

Giles said: “It gives me very great pleasure to announce Paul Sanford as my preferred candidate for Chief Constable.

“Whilst the decision must be reviewed by the Police and Crime Panel, I am confident that I have been able to recommend a strong candidate and the right person to lead Norfolk Constabulary into the future.

“Paul has had an extensive career with Norfolk Constabulary, having started in policing here in 1999.

“He has led the force in the temporary role since July and brings extensive experience of working across the county.”

The appointment of Chief Constables is a responsibility for PCCs under the Police Reform and Social Responsibility Act. The recruitment has followed the process set by the College of Policing and has been overseen by an independent panel member to ensure that the appointment satisfies national standards.

Mr Orpen-Smellie added: “This has been a difficult year for policing and there are important challenges ahead, not least rebuilding the trust in policing that has been impacted by some of the terrible events of this year.

“I have been keen to ensure that as the force moves forward, it is led by someone who will take this challenge face on and take the steps needed here in the county and I am confident that I am recommending a candidate who will lead Norfolk Constabulary with energy and vision.” 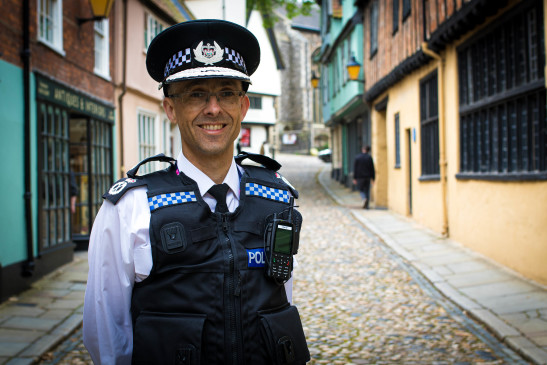 Paul Sanford has served in Norfolk throughout his policing career. He joined in 1999, starting as a response officer in Sprowston and then held a variety of uniformed and detective roles, in all ranks, from Constable to Superintendent.

He is an experienced firearms and public order commander and has also been the Senior Investigating Officer on a number of significant criminal investigations.