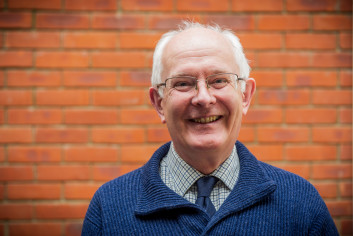 Here, he reflects on his first twelve months in office and looks ahead to the coming year.

My first year has been a superb education about the realities of policing and also about the wider ‘and crime’ and criminal justice parts of my responsibilities.

Norfolk Constabulary is doing great work in keeping Norfolk safe. They are determined to improve the visibility of policing across the county while maintaining success in their core business of tackling crime.

My role is to hold the constabulary to account for the service they provide. The constabulary is constrained by the resources they have and the volume of demand for the services they offer, but they always respond constructively to the matters that people across Norfolk ask me to raise with them.

One of the strongest calls for action that I hear from people across Norfolk is their wish to see more police officers out and about on the streets, it is something I hear loud and clear every week.

There can be no doubt that for some people, visible policing and patrols around towns and villages brings reassurance and it is a key priority in my Police, Crime and Community Safety Plan that Norfolk has visible and trusted policing.

But I also hear from people that they want more to be done about speeding motorists, drug dealing, rape and serious sexual assaults. Alongside this, around a quarter of calls to Norfolk Police today are related to domestic abuse, a crime that is happening behind closed doors.

The reality is that the constabulary will always have a finite number of resources and when budget-setting time comes and I have to make decisions about the policing precept that Norfolk residents pay through their council tax, it is essential that I am mindful of the burden on people’s personal budgets.

I have learnt in the last year just how much work we need to do to balance the reassurance that visible policing brings, against the realities of the crime that happens behind closed doors or away from visible patrols.

The part of the PCC’s role that has surprised me the most is the unlimited horizons of the ‘and-crime’ arena. By this, I mean the work that happens alongside policing to prevent offending and support victims.

The team in my office is doing superb work to bring together partnerships from across the public, private and charity sectors to prevent crime by addressing the issues that cause it, to support victims of crime, to break the cycle of reoffending and in so many other ways. Norfolk’s residents currently have limited visibility of the extent and success of this deeply impressive work but, looking forward, I intend to change this.

I’m less comfortable with the state of the criminal justice system (CJS). Most of my concerns have roots in national issues. Nevertheless, I’m frustrated that no single person has the authority to grip issues here in Norfolk. The CJS is not the single system the title suggests but rather a loose alliance of organisations. The result can be dysfunctional with a tendency to focus on management issues of the components rather than the needs of victims or perpetrators of crime. The consequence is that there are too many delays, which in turn means that justice is too often being denied. The state of the CJS will be top of my agenda as I go into my second year.

My first year as PCC has been a great education. It has also been a year of laying foundations for the work to come. I have particularly enjoyed my dialogue with the public I represent and it’s a privilege to serve them. I hope they will give me the opportunity to serve a second term when I return to the ballot box on 2 May 2024."

Want to hear more about the work of your PCC and the OPCCN? Sign up for our regular newsletter here: Newsletter sign up