A partnership project to tackle serious violence in Norfolk by preventing the exploitation of young people by criminal gangs has been successful in securing Home Office funding.

To support the Government’s serious violence strategy, the Home Office has made available £22 million over the next two years to Police and Crime Commissioners (PCCs) working in partnership to respond to national increases in violent crime.

The successful bid, developed by the Office of the Police and Crime Commissioner for Norfolk together with Norfolk Constabulary and Norfolk County Council, has been awarded almost £700,000 from the Home Office’s Early Intervention Youth Fund.

Norfolk’s PCC Lorne Green, said: “Child exploitation, gangs, drugs, knife crime – these are not exclusively ‘policing issues’ and they will not be solved through enforcement alone.

“We’re talking about societal problems; problems we all have a responsibility to play our part in addressing.

“This project – which I’m delighted has received Home Office backing through its Early Intervention Youth Fund – highlights all that is good about partnership working in this county. By looking at the issue from root to branch and pooling skills, resources and expertise, we can disrupt the activity of those who seek to exploit our young people, safeguarding and showing our young people that their future can be so much brighter.” 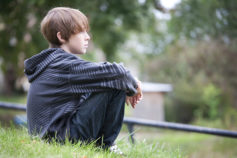 The funding will be used to support the development of Norfolk’s Multi-Agency Child Exploitation (MACE) Team focussed on identifying those at risk of becoming involved in County Lines activity, and putting in place intervention and support for individuals, families and the wider community.

Over the course of a 12-month pilot, the team will work to raise awareness of the threat of child exploitation, providing training and advice to frontline professionals on recognising the signs and understanding referral processes.

Specialist youth workers will focus on building relationships with those vulnerable to and already engaged in County Lines activity and associated violence. Linking in with partners providing a ‘pathway out’ programme, they will work to build confidence and skills in the young people, providing positive educational and work experiences, and raising ambitions with the aim of helping them onto an alternative path.

And, teaming up with specialist providers, community awareness and resilience will be increased through preventative sessions delivered directly into Norfolk’s schools, targeting pupils, parents and teaching staff.

“Since Operation Gravity began in December 2016, officers have made more than 800 arrests and secured a number of lengthy jail sentences for those involved in supplying Class A drugs in Norfolk.

“However, we have always said that this issue cannot be tackled with enforcement alone. This project will allow police to work much more effectively with partner agencies to identify those at risk before they become involved in County Lines and provide early intervention where it is needed.

“Not only does it seek to reduce vulnerability to child criminal exploitation and associated violent crime, it will also help build long term resilience amongst children, young people and communities.”

Cllr Stuart Dark, Chairman of Norfolk County Council’s Children’s Services Committee, added: “There are criminals that are attempting to prey on our children and young people, grooming them to commit their crimes, such as selling and transport drugs with a callous disregard for their safety or the impact on them.

“I have seen first-hand the impact that this violence and exploitation can cause, in my time serving as a senior police officer leading the gang and youth violence response in London. These criminals are not welcome in Norfolk and we, and our partners, are working closer than ever before to jointly tackle this issue, safeguard our children and young people and give them the support they need.

“This extra funding will further strengthen our multi-agency response, so that all of us can keep Norfolk’s children safe.”